FISHING SANTEE COOPER The Santee draws anglers of all ages. Serenity (Punky) Finch, has been coming to see us since July 2011.  "In June 2012 Mrs. Debbie had kid fishing poles & tackle boxes in the office. I bought my little girl one for her 2nd Birthday.  It has taken a while, but Serenity (Punky) Finch now 3 years old caught her very first fish on April 17, 2014 at Lake Marion Resort & Marina. We enjoy visiting Lake Marion Resort & Marina every chance we can.  Mrs. Debbie and Mr. Sam are very friendly & caring people"  Samanthia Finch

The fish species that inhabit Santee Cooper Lakes are the Blue Catfish, Flathead Catfish, Largemouth Bass, Striped Bass, Small Mouth Bass, Shad, Herring, Crappie, and Bream. To give you an idea on what an incredible lake system we have and the size of the fish that inhabit Santee Cooper lakes here are the current fish records according to South Carolina Dept. of Natural Resources. The blue catfish is one of the largest freshwater fishes found in North America. They were first introduced into South Carolina in 1964 when they were stocked into Lake Marion and can give you quit a thrill to catch one of these strong pulling fish,  A Blue Catfish weighing in at 109-4 lbs. was caught in the Tailrace Canal in 1991 by George A. Lijewski of Summerville, SC.

A Channel Catfish weighing 58-0 lbs. was caught in Lake Moultrie in 1964 by W.H. Whaley of Pineville, SC and is the current Channel Catfish World Record. A Flathead Catfish weighing 79-4 lbs, was caught in the Santee Cooper Diversion Canal in 2001 by Jessica Preston of Gilbert, SC. On Feb. 8, 2012 Leland Selph of Cross, SC ran a trotline on Lake Moultrie and caught a blue catfish that tipped the scales at 136 pounds, 6 ounces and 56 inches in length. The fish would have surpassed the current 21-year-old state record of 109 pounds, 4 ounces had it been angled with a rod and reel. Like most states, the S.C. Department of Natural Resources maintains records for fish caught on standard sport fishing equipment and for several bow fished species. Regardless of the harvest method, it demonstrates the potential for world record size blue catfish that exists in the Santee Cooper system. 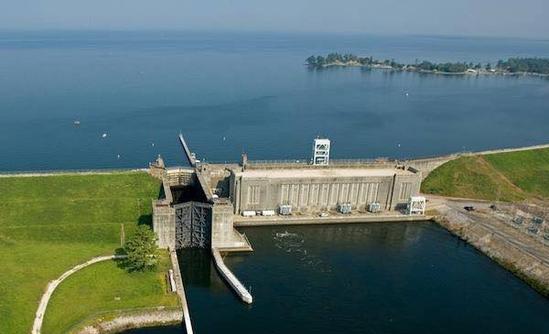 A Largemouth Bass weighed 16-2 lbs is a  Lake Marion record caught in 1949 by P.H. Flanagan of Manning, SC . A 5-7.5 lbs. Shellcracker was caught in Diversion Canal in1998 by Amos Gay of Appling, GA. A Black Crappie 5-0 lbs. Lake Moultrie record was caught in 1957 by P.E. Foust from High Point, NC. An American Shad weighing 7-0 lbs was caught in the Santee River in 1985 by Sylvester Casselman of St. Stephen, SC. Santee Cooper also boast the Bowfin Bowfishing Record weighing in 15-7 lbs in 1994 by Jimmie Wright of  Lincoln, NC. 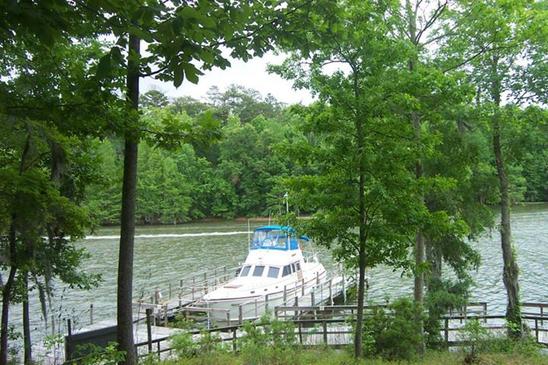 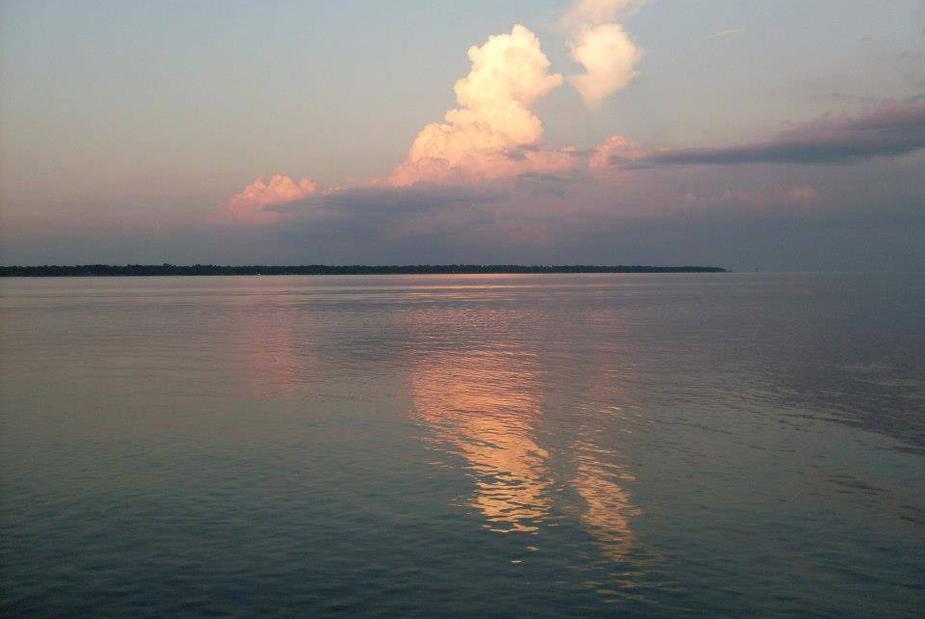 Call our office for pontoon rentals and rates 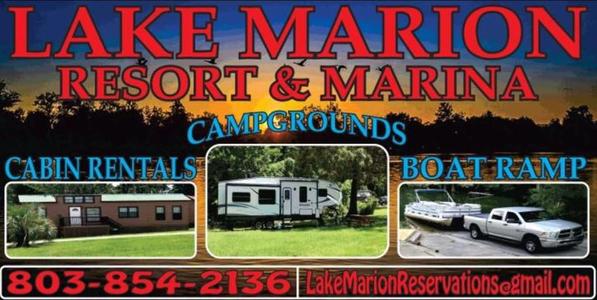 After filling the coolers, you can enjoy many of the amenities that Lake Marion Resort and Marina has to offer.

Swim in the pool.

There are 3 championship golf courses within 3 miles. See more about Santee Cooper lakes  Points of Interest